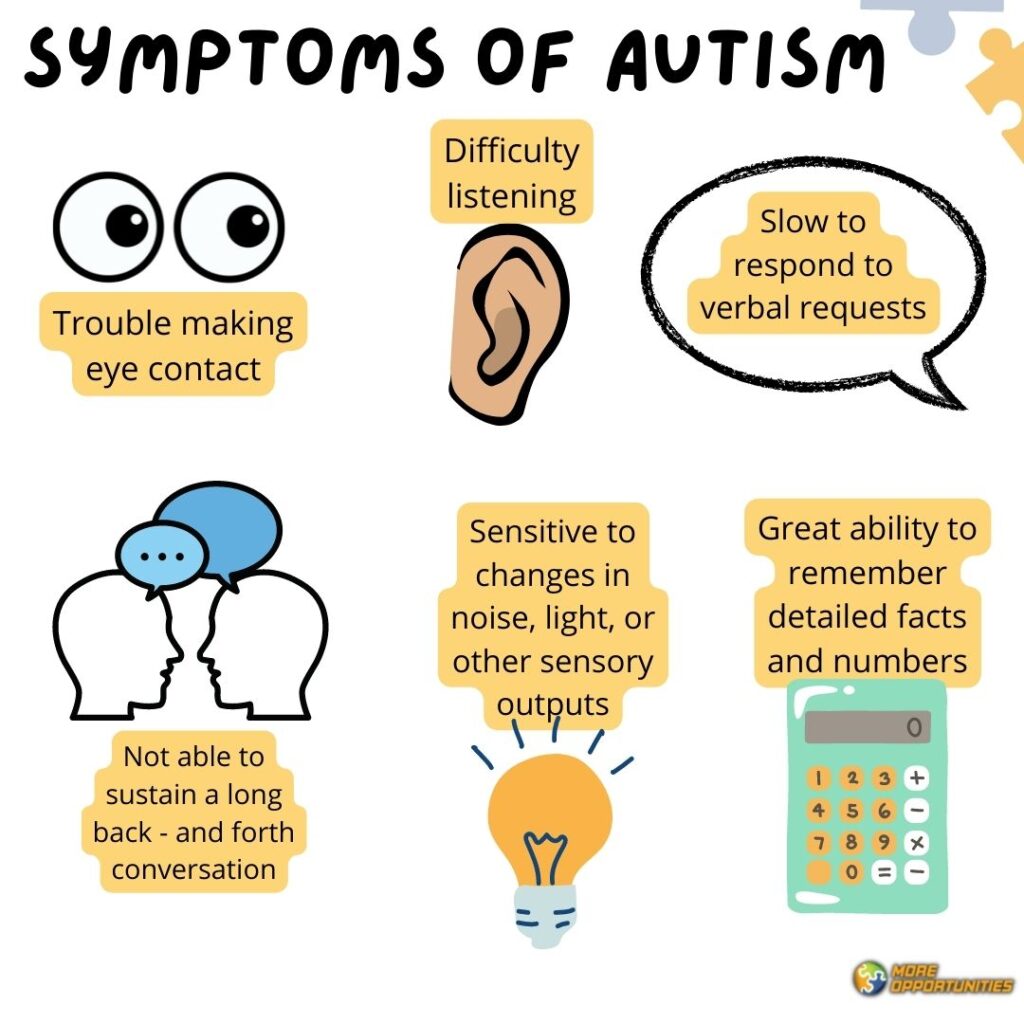 Autism spectrum disorders appear very early in a child’s life, generally before the age of three, and are characterised by problems in the following areas of development: social interaction, communication skills, and Individual children with autism spectrum disorders may present with very different sets of symptoms, and with widely varying degrees of severity.

Autism affects approximately 1 in 160 individuals, and is more common in males than females.  It is a neurodevelopmental disorder which usually appears very early, before the age of 3 years.   Symptoms of autism include problems in social communication, both verbal and non-verbal, difficulties understanding of what other people are feeling or thinking, and having restricted ranges of interest or difficulty tolerating change. Some level of intellectual disability frequently accompanies autism. Many individuals with autism also have problems with being either more or less sensitive to sensory stimuli such as sounds, light, and textures; difficulties with sleep; and high levels of anxiety or difficulty concentrating.

Autism is very heterogeneous, both in which symptoms most affect a person, and the severity of symptoms. While autism affects most people throughout their lifespan, the course can be quite different for different people, with some having significant improvement in symptoms as they get older, while other remaining unchanged or developing new problems such as seizures. People with autism can also develop other mental health problems, such as depression.

While we do not know exactly what causes autism, it likely comes about through a combination of genetic and environmental factors that affect the developing brain. Over a hundred different genes have been associated with the risk for autism. The current name “Autism Spectrum Disorders” reflects the likelihood that what we call autism probably represents a range of neurodevelopment syndromes that may have different causes. One of the great challenges for research in autism is to try to better understand how differences between individuals with autism relate to how they respond to different kinds of interventions.