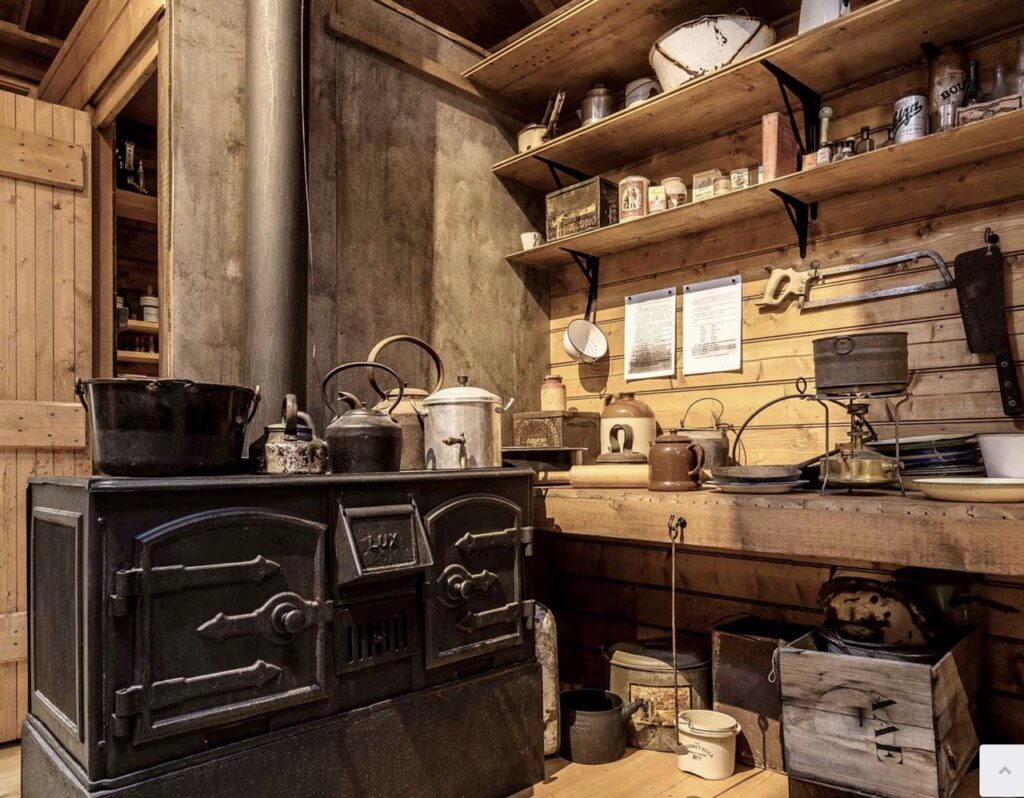 Mawson’s Hut Replica is a small, true to life museum which duplicates the historic huts used by the team of 18 courageous men who went on the Australian Antarctic Expedition (AAE) of 1911-14 and lived in Cape Denison, Commonwealth Bay. In this challenging environment, these men made themselves at home and braved the unforgiving gusts of wind in this far eastern sector of the Australian Antarctic Territory, some 3000 km south of Hobart. Led by geologist and explorer Sir Douglas Mawson, AAE was unique in the Heroic Era of Antarctic exploration in that it was organised, supported, and funded primarily by Australians. This was an epic achievement for a country that was just over a decade old at the time. Image thanks to Dale Baldwin.

The replica was constructed by heritage architects and builders. All profits go towards the Mawson’s Hut Foundation, whose mission is to conserve the original huts in Antarctica, which are still standing today. It was opened in 2013 on the 102nd anniversary of the departure from Hobart.

The museum has a full level with a large circulation space for wheelchairs.  It is a must see. It also has accessible parking outside the Brooke St. Pier.